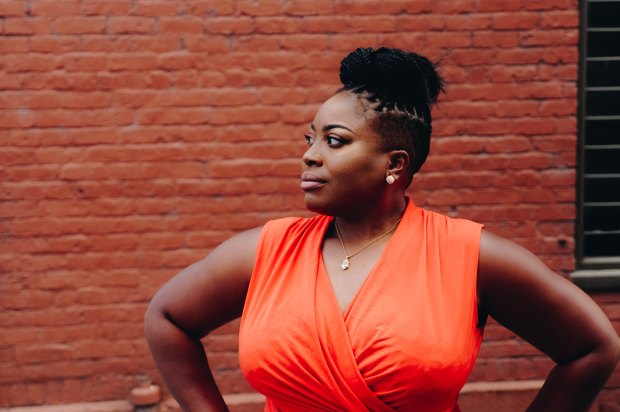 I am part of a book club at work that meets monthly. The theme of this book club is “Women and Leadership”. Each month we pick a book, article, or other media that addresses the joys and challenges of being a woman in leadership or aspiring to leadership. The group is made up of women at various stages in their careers—all faculty, staff, and/or administrators in higher education. Some have over thirty years of professional experience and others have less than five. I guess you could say that we are a diverse group in that regard.

Of the twelve women that make up the group, three are African American and the other nine are Caucasian, which is on par with my unscientific “guesstimation” of the overall diversity of the faculty, staff, and administration of the institution. When I first became an administrator a few years ago, I would silently count the number of African Americans in the room of every meeting I attended and it almost always averaged out to about twenty percent.

In alignment with the focus of the book club, our readings thus far have focused on the subtle and overt differences between men and women in the workplace—communication differences, opportunity disparities, and general behavioral perception differences between the sexes. As I listened to the other women share their experiences regarding the implicit and sometimes excruciatingly explicit biases that they have been subjected to in the workplace, I had an aha moment. While I could understand the humiliation of the woman who was made to feel that as the sole woman in a room full of men of equal status, she should take the minutes and I could empathize with the other woman who felt like her climb to leadership was questioned because she is a woman, there was still something that was not aligning. That “something” was this: My status as a Black woman made it difficult for me to identify with issues of gender bias because my experience with racism has always trumped my experience with sexism.

Intersectionality is a term that was coined in 1989 by Kimberle Williams Crenshaw, a critical race theorist, scholar, professor, and Black woman. Intersectionality posits that race, gender, sexual orientation, and other identities do not exist isolated and separate from one another. This means that the lens through which I view the world is not that of a woman, but specifically a Black woman. My race colors (no pun intended) my interpretation of my experiences.

As I sat in the book club meeting listening to the women share and waiting for my turn to affirm their experiences with my own similar experiences, I came to the realization that the truth, MY truth is that anytime I have ever experienced implicit or explicit bias in the workplace or have felt that my existence was problematic, it has been inflicted upon me by a white WOMAN.  No man of any race has ever made me feel that my directness is too aggressive. No man has ever made me feel that he can say whatever he wants to me and when I respond accordingly, he plays the “I’m afraid/intimidated/victim” card.  This is not to say that men don’t contribute to the challenges that Black women face in the workplace. It is a well-known fact that Black women have to work three times as hard to get half the recognition than others who are less talented but even with that, no man has ever made me feel that my mere presence, in all of its intersectional #Blackgirlmagic glory, was problematic…but white women have.

As I reflected on that truth, MY truth, I knew that I was faced with a difficult choice in that moment. Do I nod my head and agree that men are the sole perpetrators of inequity in the workplace or do I take what I saw as a risk and speak truth to power? Congresswoman Maxine Waters, one of my many #Blackgirlmagic role models, says, “When a woman speaks truth to power, there will be attempts to put her down.”  Did I want to risk making the powerful in the room, including my supervisor and her supervisor, uncomfortable by speaking my truth? Was I putting myself in a precarious situation by possibly offending someone? Would there be retaliation for speaking my truth? Although all of those thoughts ran through my mind, I chose to channel the bold, fierce, courageous, and in her own words, “strong Black woman who cannot be intimidated” Maxine Waters and I spoke truth to power…and there was visible uneasiness in the room. I couldn’t believe it. I, the sole black woman in the room that day, just told a group of white women that white women have been more problematic to me in the workplace than any man has ever been. I spoke my truth and it felt good. So good that I wondered why I had waited so long to do it.

Luvvie Ajayi, another one of my #Blackgirlmagic faves recently gave a TEDTalk entitled Get Comfortable with Being Uncomfortable. Although she dropped several gems in that talk, there were three that really resonated with me.

So far I have not received any negative feedback from speaking my truth to power…but even if I did, I would do it all over again. In the words of the late great Zora Neale Hurston, “If you are silent about your pain, they’ll kill you and say you enjoyed it”.

4 thoughts on “Speaking Truth to Power: The Politics of Intersectionality in the Workplace”